Bodrhyddan Hall was open on the launch day, June 2, from 2-6pm with house and garden tours, and afternoon tea. 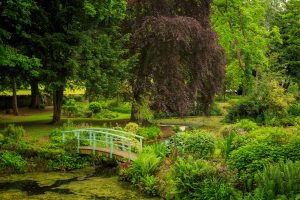 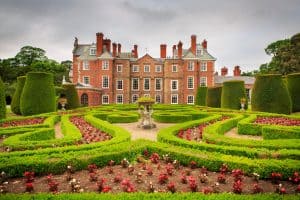 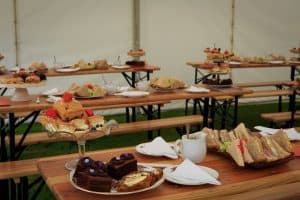 Visitors were welcomed by Lord Langford, Owain Rowley Conwy, who succeeded his war hero father, the 9th Baron Langford, who passed away last November at the age of 105.

He and his son Tom Rowley Conwy, were honored that Bodrhyddan Hall hosted the launch 2018 event and was excited to open the garden he so loved as a child to so many members of the public.

At Bodrhyddan the parterre had been planted up with seasonal bedding including eye-catching begonias which offered an unmissable splash of colour.  It has been the seat of the Langford family for 500 years, though its design has been significantly changed and extended over the centuries.  The beautiful gardens included luxuriant lawns, an extensive pleasance, waterfall and lily pond, and ornamental flower beds designed by renowned architect William Eden Nesfield during the Victorian era.

Images from the launch is available here

This website uses cookies to improve your experience while you navigate through the website. Out of these, the cookies that are categorized as necessary are stored on your browser as they are essential for the working of basic functionalities of the website. We also use third-party cookies that help us analyze and understand how you use this website. These cookies will be stored in your browser only with your consent. You also have the option to opt-out of these cookies. But opting out of some of these cookies may affect your browsing experience.
Necessary Always Enabled
Necessary cookies are absolutely essential for the website to function properly. This category only includes cookies that ensures basic functionalities and security features of the website. These cookies do not store any personal information.
Non-necessary
Any cookies that may not be particularly necessary for the website to function and is used specifically to collect user personal data via analytics, ads, other embedded contents are termed as non-necessary cookies. It is mandatory to procure user consent prior to running these cookies on your website.
SAVE & ACCEPT